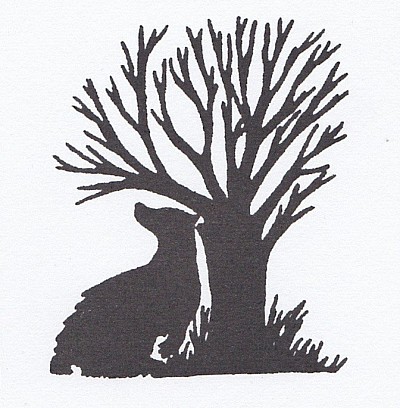 SHROPSHIRE BADGER GROUP was formed in 1987 to address an emerging problem of badger digging and baiting across the County.

Sadly that continues to be our primary objective but there are others.

We endeavour to protect the general interests of badgers and their habitats throughout Shropshire.

We seek to provide an information service for local institutions, landowners and of course the wider public.

We encourage members to observe, study and record the behaviour of badgers both generally and at their setts and provide all possible support for that purpose.

As time has passed the Group has become involved in a whole range of badger related issues but the basic need for the Group to function efficiently is sett surveying. New members can receive formal training on a course or more often by simply joining more experienced members on surveying days.

We now have members trained and equipped to rescue orphaned or injured badgers before transfer to a dedicated Wildlife Hospital for expert veterinary care and rehabilitation.

We respond to reports of road casualties initially to check for signs of life or treatable injury but then to gather useful information that can be helpful in other ways.

We check plans for large building developments or major infrastructure changes to ensure that any badgers in the area are being properly considered.

We offer advice and sometimes direct assistance to anyone who is experiencing problems caused by the presence of badgers on their property.

We seek to identify members in different areas who can operate as Local Area Contacts and can become a focal point for gathering information and intelligence in their area as well as responding to or arranging assistance for badgers in difficulty.

Most of the work of the Group is voluntary but there are some costs and our fundraising revolves around Membership fees, donations, occasional grants, fees from talks or from attendance at shows or local fetes.

We are happy to provide talks, usually illustrated, to any groups from schoolchildren onwards to improve their knowledge of the lifestyle and ecology of badgers.

As a Registered Charity, we are unable to become involved in certain areas of political campaigning but where it is allowed, we do whatever we can and are able to advise our members of any opportunities available to them.

We hold monthly members meetings in Shrewsbury and provide a quarterly newsletter to provide members with items of local and national news along with other items of general interest.

Although our membership is reasonably healthy we are always keen to welcome new members across the entire County so if you’re minded to join us simply provide your details on the Join Us page or the `Contact Form’ and we’ll be delighted to see you.

The Badger Cull in Shropshire resulted in nearly 4,000 badgers being killed throughout the county during 2020 and that number could be doubled in 2021 if more cull areas are authorised.

The cull will carry on for at least another 4 years unless the current Government dramatically changes what we believe is a totally unnecessary, scientifically unproven and cruel policy.

Article by Dominic Dyer, produced during his tenure as CEO of the Badger Trust

The badger cull is a political fig for a British farming industry which refuses to address the underlying causes of the spread of bovine TB in cattle herds.

Since 2013, the government has sanctioned the killing of over 102,000 badgers under this policy, across a geographical area stretching from Cornwall to Cumbria that is larger than Wales.

Less than 1% of the badgers killed have been tested for bovine TB (bTB) and of this small number, only around 5% showed a level of bTB infection that could lead to disease spread to other badgers and possibly cattle.

Over 60% of the badgers have been killed by a controlled shooting method, which can result in animals taking over five minutes to die of bullet wounds, blood loss and organ failure. Even though this culling method has been condemned as inhumane and ineffective by the government's Independent Expert Panel (2014) and the British Veterinary Association (2015), it continues to be widely used by cull contractors to save costs.

Despite the huge number of badgers killed since 2013, the government has produced no reliable peer-reviewed scientific evidence to prove that badger culling alone is making any contribution to lowering bovine TB in or around the cull zones. In some cull areas bovine TB rates have fallen, but this could be attributed to improved bTB testing and tighter cattle movement controls, rather than killing badgers. In other cull zones, cattle TB rates have remained static or even increased, despite widespread badger shooting.

When the badger cull policy was rolled out, the government claimed that it would be a farmer-led policy with limited cost exposure to the taxpayer. Seven years later, the policy is estimated to have cost the public purse over £60 million, taking into account equipment, monitoring, training, legal defence and policing costs. This figure could rise to £70 million by the end of 2020.

In March 2020, the government finally produced its long-awaited verdict on the Sir Charles Godfray TB Strategy Review and appeared to confirm that badger culling would be phased out in the next few years, to be replaced by both badger and cattle vaccination.

The resulting headlines across the print and broadcast media, supported by the Defra press office, talked of a seismic shift in policy and an imminent end to badger killing, a view now largely accepted by the public and politicians alike.

In reality, the government has been working closely with the farming and livestock veterinary industry to shelve key aspects of the Sir Charles Godfray TB Review and to press ahead with a significant expansion of badger culling this year.

In May 2020, Natural England approved seven new supplementary cull licences, without even considering moving to badger vaccination in any of the areas concerned.

At the beginning of September 2020, the Government announced eleven new culling zones including for the first time in Derbyshire, Oxfordshire, Warwickshire, Shropshire, Leicestershire and the low risk bTB area of Lincolnshire.

This will bring the total number of cull licences in place to 54 (both 4 year and supplementary licences) and could result in the death of up to 62,000 more badgers by the end of November 2020, bringing the total badgers killed since 2013 to over 164,000. This will be the largest destruction of a protected species in living memory and could result in population collapse of badgers in many parts of England.

Badgers get bTB from cattle and, despite the huge costs and cruelty of the badger cull policy, there is little evidence to prove that badgers can easily spread bTB back to cattle.

The real tragedy of the badger cull policy is that the Government could kill every badger in England, but bovine TB will still remain in cattle herds as it’s a disease which is primarily passed from cow to cow.

If the government is serious about reducing bovine TB in cattle in a way that benefits, farmers, taxpayers and wildlife, it needs to stop playing the badger blame game and push the farming industry to take its disease control responsibilities more seriously.

As has been proven in Wales, a combination of improved bTB testing, cattle movement controls, risk based trading and biosecurity measures (including tighter controls on the use of slurry), can deliver significant and lasting reductions in bovine TB in cattle. Introducing bTB cattle vaccination would go even further to eradicate the disease from farms.

Rather than waste tens of millions of public money on killing badgers, the government should come forward with a national badger vaccination strategy that provides more funding and training for badger vaccination teams, and better communication of the scientific effectiveness of this humane wildlife intervention policy to farmers and landowners.

WHAT CAN YOU DO TO HELP STOP BADGER CULLING?

Political policy is driving the badger cull so political influence is needed to stop it. Campaigning and lobbying influences political will, so PLEASE get writing and make your voice heard.

Write to your local MP and local press!!  Remind your MP that he or she is there to serve their constituents and as a constituent this is something you feel strongly about. Keep your letters to the point and include the facts outlined below:

You can find your local MP by visiting:

Replace the current skin test for bTB.  By Defra’s own admission the test misses up to 40% of infected cattle leaving them in the herd to infect others.

Urge the Government to dramatically speed up the introduction of cattle vaccine.  The Government has dragged its heels for years over the development of a vaccine for cattle but the testing and trialing has now been completed. A test called a DIVA test has also been developed which can differentiate between infected and vaccinated cattle.  All that is needed now is funding for further trialing and accreditation.  The Government has no excuse for not speeding this up.

Urge the Government to take drastic and appropriate measures to stop thousands of tons of untreated slurry from infected herds being spread onto farmland.  Defra would have the public believe that cattle contact bTB from badger urine and faeces yet ignore the fact that bTB can remain in untreated slurry on fields for months and infect cattle. It is extremely unlikely that a cow will ever be in a position to ingest TB organisms passed by badgers.  Even if this were to happen, the number of TB organisms in a badger excretion is incredibly small compared to one infected cow which can produce the same number of M.bovis organisms in its faeces in one day as 500 badgers.

Enforce biosecurity on farms rather than issuing recommendations which are not implemented.  Repeatedly Defra has said biosecurity is vital but does nothing to enforce it.  Farmers who ignore the recommendations still receive full compensation for cattle which are infected with bovine TB.

Impose ‘risk trading’ on all cattle sales.  Defra acknowledges all the inherent dangers of allowing farms to buy in cattle from farms with a poor history of bTB outbreaks, yet doesn’t stop this but merely suggests that they check where cattle are coming from.