Badger digging and baiting has been regarded as a ‘country sport’ probably for hundreds of years, traditionally by those involved in labouring work in the countryside, but in the years following the Second World War there was a sinister change with badgers being taken from their setts to be baited by dogs in urban environments with gambling becoming a regular and unwelcome factor.

As a result, legislation was introduced in 1973 to provide badgers with ‘protected status’ and some 20 years later their setts were also provided with similar protection.

Although the protection was obviously provided by Parliament, much of the impetus for that came from the growing concern being registered around the country as groups of people came together to form Badger Protection Groups and it was certainly an increase in badger digging incidents noted in various parts of Shropshire that resulted in the formation of the Shropshire Badger Group in 1987.

Unfortunately legal protection has not brought badger digging to an end and there are numerous other illegal activities used by landowners who have badgers on their property and want to get rid of them without going through the legal processes that the legislation allows under licence in certain circumstances, so Badger Groups are still very relevant.

Some of the other illegal actions recorded in Shropshire:-

Diverting a stream into a sett to achieve the same result

Introducing legally available rodent poison or illegally held ‘out of date poison’ into the sett usually mixed with pet food. Although not always immediately lethal such poisons can have a cumulative effect on the badgers general and longer term health

When badger protection was introduced, fox hunting was a legal activity and although sett blocking was illegal, the legislation provided hunts with a defence against prosecution providing the blocking was carried out in a particular way or was cleared after the hunt had passed.

When fox hunting was banned in 2004 the defence included in badger protection legislation was removed from the statute book on the simple premise that if hunts were not hunting foxes there was no need for them to be blocking setts to prevent foxes going to the safety of a badger sett.

That means it is absolutely illegal to intentionally or recklessly damage or destroy a badger sett, or obstruct access to it under the Protection of Badgers Act 1992 and therefore anyone who blocks a sett as part of fox hunting activities commits a criminal offence.

Fox Hunts still operate regularly during Autumn and Winter across virtually all their original areas and sometimes even include their traditional cubbing activities starting in August, but always with the explanation that they are ‘trail hunting’.

If that were the case and the hounds had been trained to the scent used by a ‘trail layer’ there would be no need for terrier-men to be involved but they are a constant presence on the hunting scene and sett blocking reports are still received regularly across Shropshire and every other area where hunts still operate.

When the report is made to the Police it’s essential to ask for an Incident Number and ask that the report be passed to a Wildlife Officer. The details then need to be reported to the Badger Trust at badgertrust.org.uk and follow the instructions on that website. 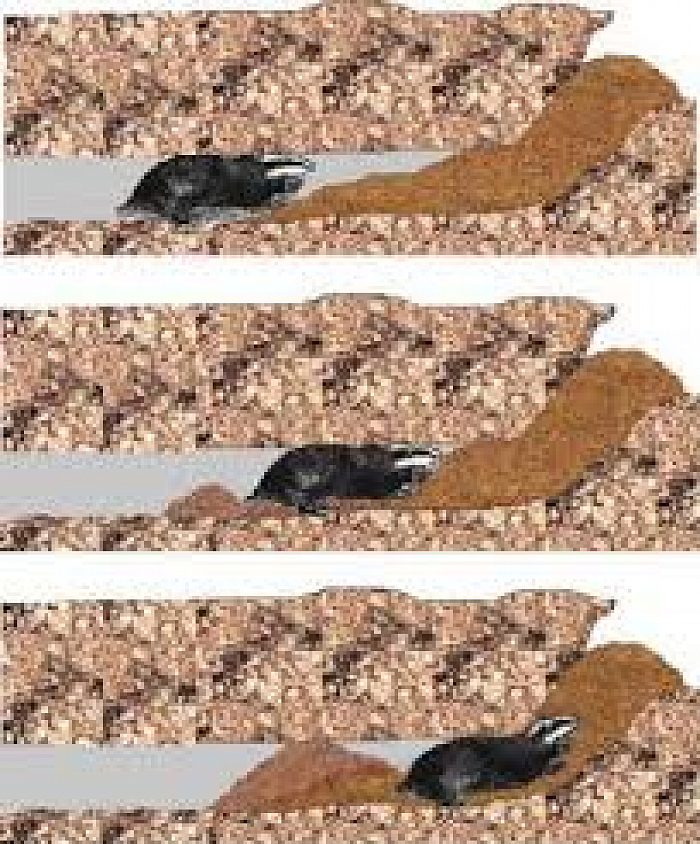